This is (probably) my last post about our England adventure.  It was a fantastic year to be there with first the Queen’s Jubilee celebration and then the Olympics.  We were absolutely delighted to be a part of the Olympic excitement.  For a long time it seemed that there really wasn’t much happening regarding the Olympics (no hype, no preparations), but as the date of the Olympics grew closer there were signs of Olympic fever everywhere.  It was a huge thrill to see the Olympic rings go up on nearby Box Hill (host to multiple laps of the cycling road race) and watch our little town get decked out for the race.

We went up to Box Hill for a picnic at the foot of the Olympic rings. How cool is that?

The Olympic Rings on Box Hill are visible in the distance from this park (the Cotmandene) in Dorking. 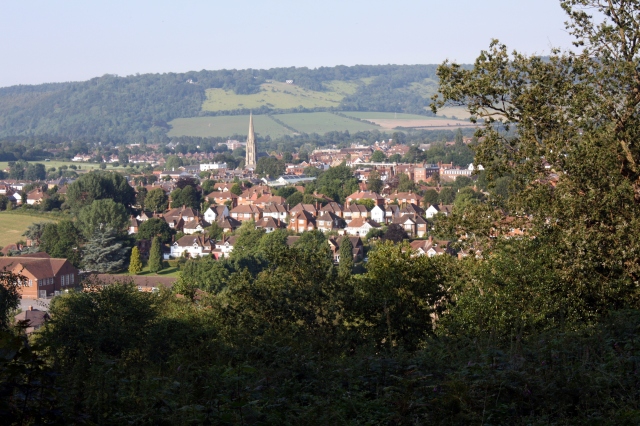 We could also (just barely) see the rings on Box Hill from our favorite lookout spot in the Nower (a lovely wooded park near our house).

A new bicycle sculpture went up in a roundabout on the road from Dorking to Box Hill, and our own “Dorking Cockeral” sported a huge Olympic Gold medal.

On July 20, the Olympic Torch Relay passed through Dorking.  This was also Joe and Tom’s last day of school in England, so spirits were high as we walked into town to see the torch.

Sam waits for the Torch, ready to wave his flag and cheer. 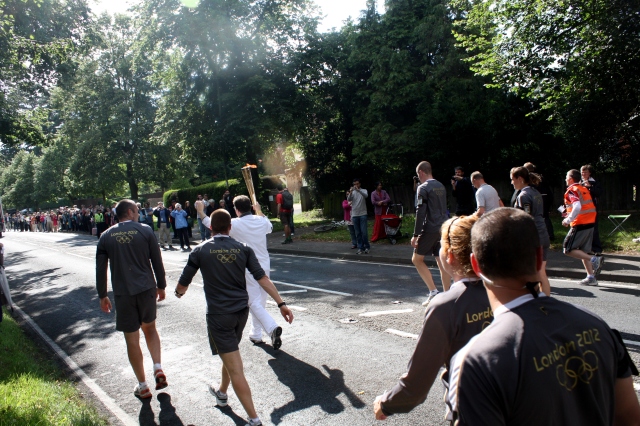 We watched the Opening Ceremony from the comfort of our couch and then got up the next day to head into Dorking to watch the men’s cycling road race as they passed through town on their way to Box Hill and beyond.

We found a straight stretch of the road a bit outside of Dorking center to watch the race.  Lots of fans were lining the road and it was a fun, friendly, and festive atmosphere.

From our viewing spot, we could just make out the Olympic rings on Box Hill in the distance.

The lead group zips by. The second biker in this picture is from Team USA.

That’s Bradley Wiggins of Team GB leading the peloton as they raced by us.

Blink and you’ll miss it.  Those cyclists are fast!  After everyone whizzed past us, we walked into the town center where there were big screen TVs set up in a park with a live feed of the race.

It was quite an experience to watch the race live on the huge TV screens while simultaneously being able to look behind us at Box Hill and know the athletes were right there racing! 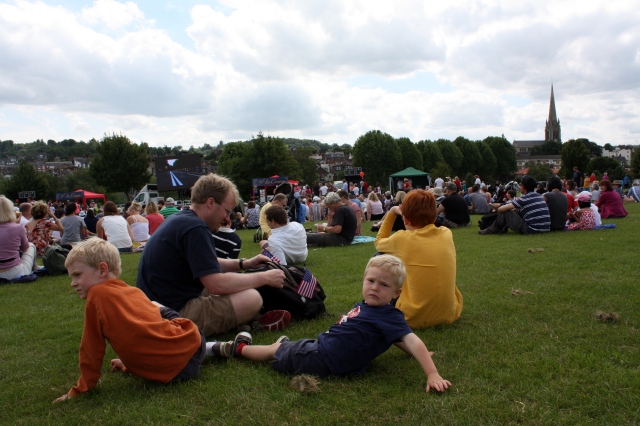 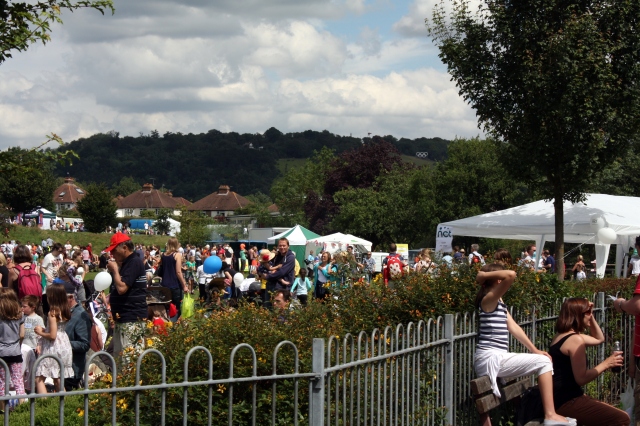 View across the park to Box Hill in the distance. 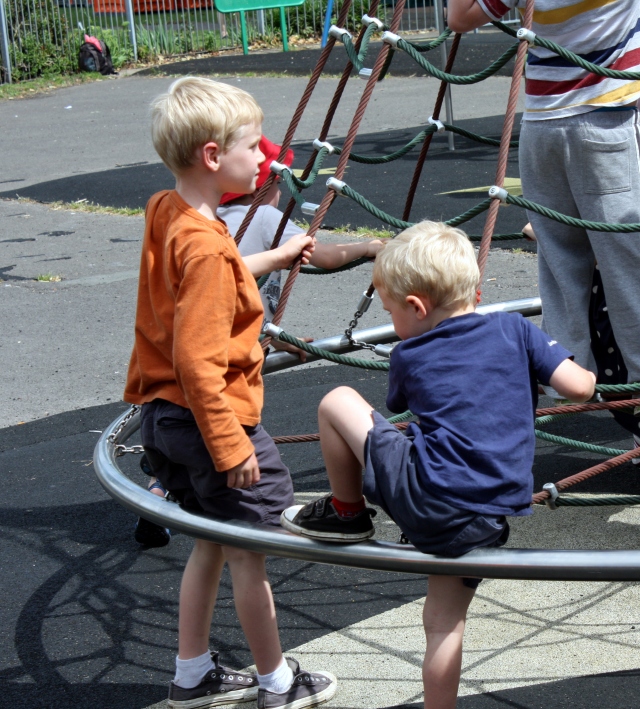 The boys were more interested in the playground than in watching the race.

The women’s cycle race was the next day, and sadly the weather was not on their side.  This time we decided to watch the race from right in downtown Dorking, drizzle and all. 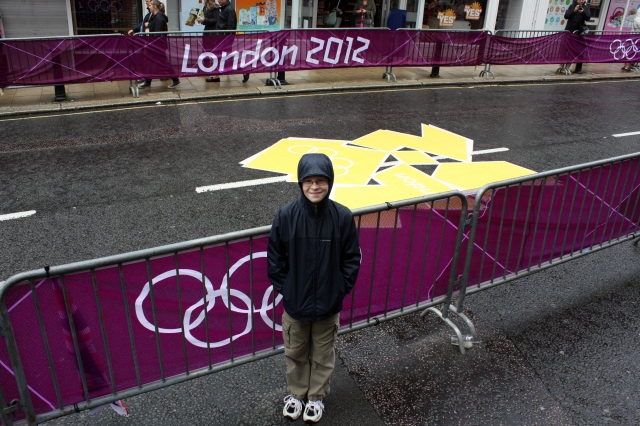 It was interesting to see the Dorking High Street decked out for the race with barriers and road decals. 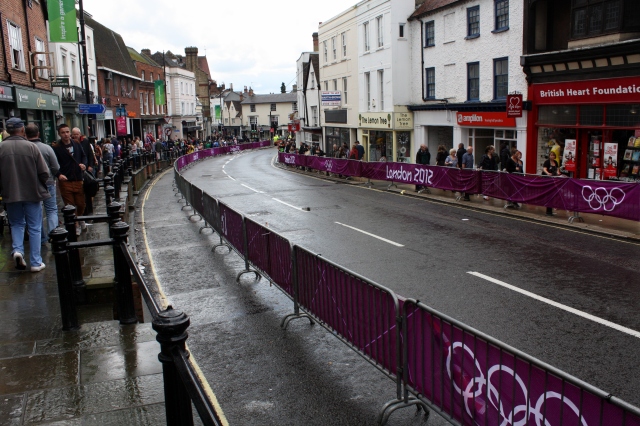 The women were all in one pack – unlike the men’s race which had a lead group and then the peloton – so the race zipped by even more quickly than the day before. 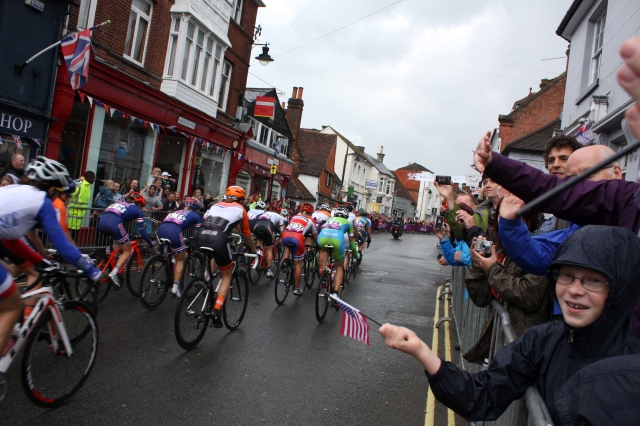 You can see some Team USA racers in this shot.

After the racers came the many support vehicles.

We initially had thought that the only Olympic event we would see in person would be  the cycling races in Dorking, but when we learned that there were still lots of soccer tickets left we decided to look into seeing a match.  Paul found us tickets to a game up north in Newcastle Upon Tyne that we could attend as part of our Yorkshire vacation week.

When we bought the tickets, we didn’t know which teams would be playing.  We knew there was a chance it could be Team USA or Team GB (or maybe both!), but it would all depend on how the games leading up to our match turned out.  We were very fortunate that the teams for our match ended up being USA vs New Zealand. 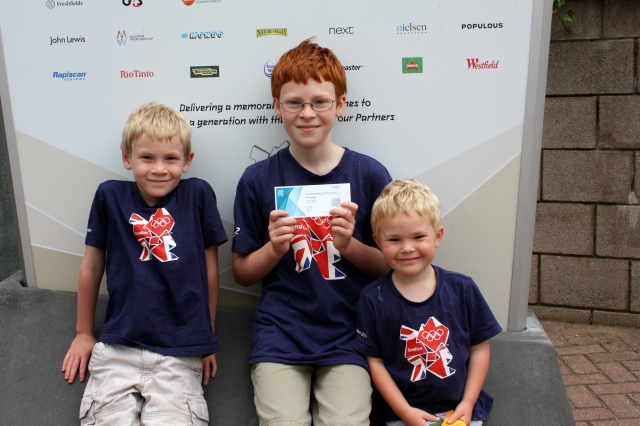 None of us know a whole lot about football/soccer, but the game was exciting and fast moving nonetheless.  It probably helped that the US team dominated the game!  There were a lot of other Americans in the stadium cheering along with us which was kind of fun.

The teams line up as the game is about to start. 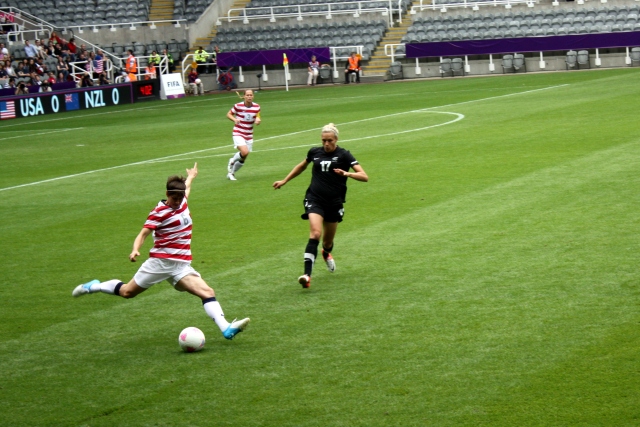 We watched the rest of the Olympics on TV every night, and seeing the coverage from a British rather than US perspective was definitely an interesting change.  It was an incredible highlight of our time in England to have been able to experience the Olympics in person!