Castles and Much, Much, More!

Here is a recap of our January journeys during our time abroad.  Amazingly, I think we managed to keep up our breakneck sightseeing pace of December!

We started the New Year with a day trip to county Winchester where we took in Stonehenge.  Unfortunately, I’m not sure if we were more in awe of the importance of the stones and their place in history or of the frigid temperatures!  We did our best to learn as much as we could, but we moved efficiently in order to keep our toes from freezing. 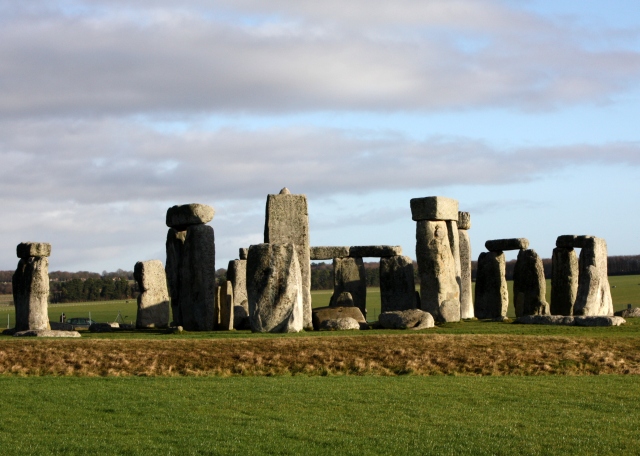 From Stonehenge we had a pub lunch and then visited the town of Winchester.  I wrote about that visit in an earlier post.

The next weekend, we visited the nearby city of Guildford.  We were pleasantly surprised to happen upon a produce market that was taking place that day, and we managed to purchase several bags of fruits and vegetables that we had no idea we needed.  We also explored the town a bit and checked out Guildford Castle.  Unfortunately the castle itself was closed for the season, but we enjoyed walking about the grounds. 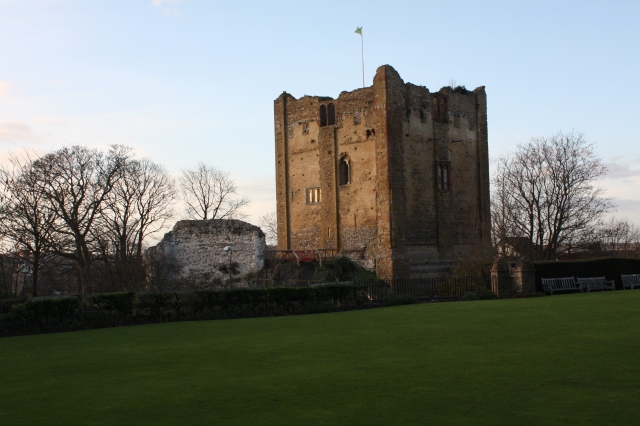 That same weekend, we decided to take a ramble through the woods to a local pub for a traditional Sunday roast.  We donned our wellies and walked on the network of public footpaths to the Prince of Wales pub.

London was next on our agenda.  We got a very early start and took the train from Dorking into the big city.  It was another beautiful and cold January day, but it was perfect for taking in the Tower of London.  The boys enjoyed seeing another “castle” and hearing the gruesome stories of some of the prisoners who were held at the Tower.

On the train to London. 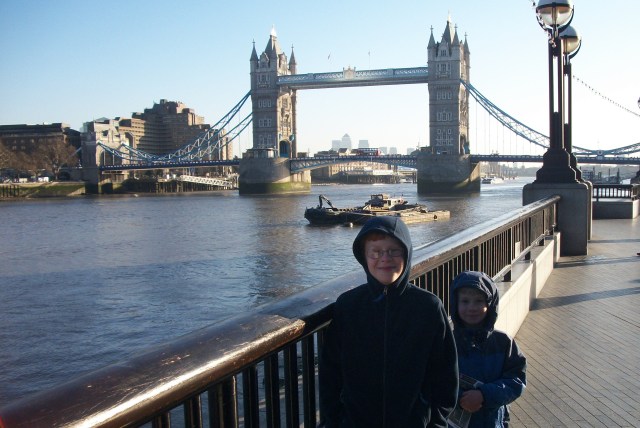 Joe and Tom with Tower Bridge in the background.

View of the Tower of London across the river Thames.

Entering the Tower of London. 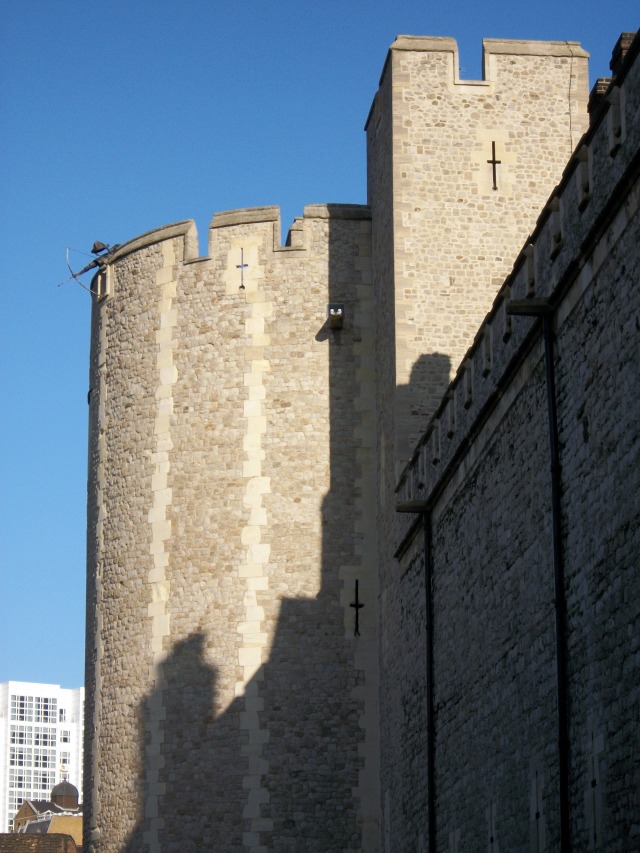 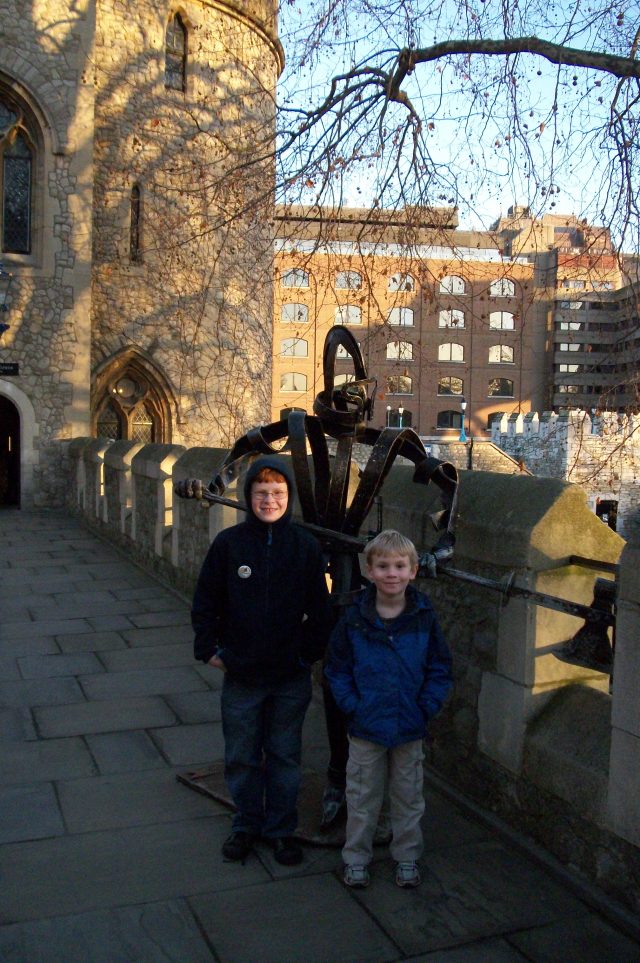 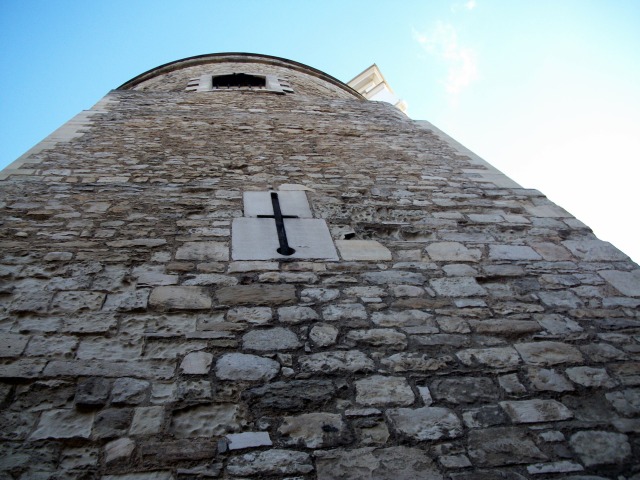 One feature of the Tower of London that we all enjoyed was the costumed interpreters interspersed throughout the site.  We encountered one fellow who engaged Joey in a game of “Nine Men’s Morris” which is an old English strategy game, kind of like advanced Tic Tac Toe.

He chose to go in here. Seriously.

Feeling bold after our fabulous London day trip, on the next weekend we decided to have a go at an English B&B and try an overnight stay with our merry band of boys.  We found a lovely spot in Stratford-Upon-Avon, Victoria Spa Lodge, which was able to accommodate our family of five.

It was definitely cosy in our room, but we had a lovely stay.

We explored the town of Stratford-Upon-Avon and saw some of the important Shakespeare sights. 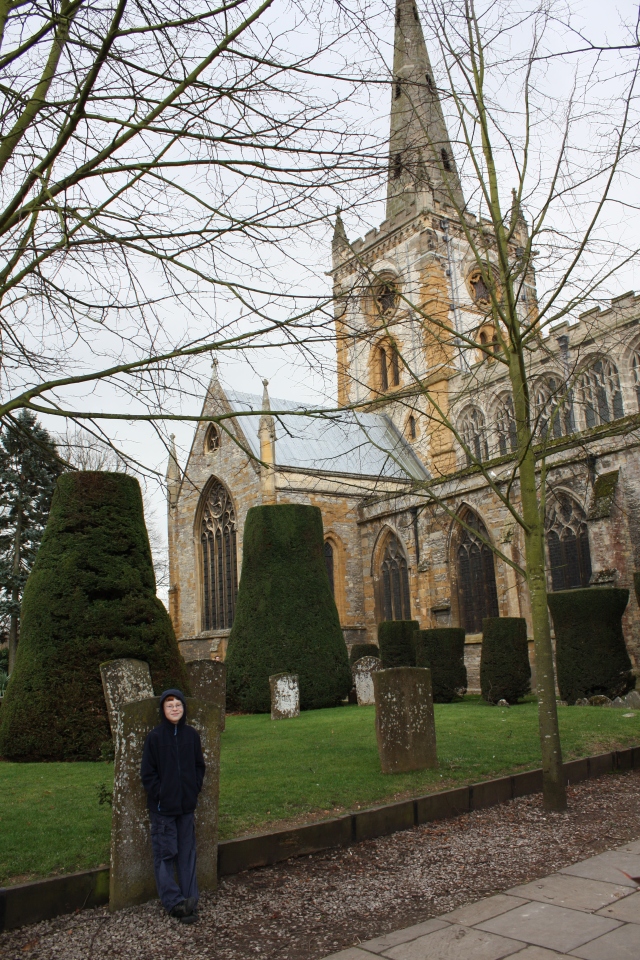 Church of the Holy Trinity where Shakespeare is buried.

One of the things we like to do is find a local candy shop in the towns we visit.  The vast majority our our family enjoys pure sugar, so this is a highlight for many of us!  Paul and Joey had seen a candy called “Mega Sour Black Death” at a shop a while back, but hadn’t tried it.  On this trip they were up for the sour challenge.

The next day of our weekend away we went to Warwick castle.  Yes, another castle!  Will we ever get enough?

Warwick Castle was particularly fun because it had wax figures (a la Madame Tussauds) throughout that provided an additional sense of reality to what we were experiencing. 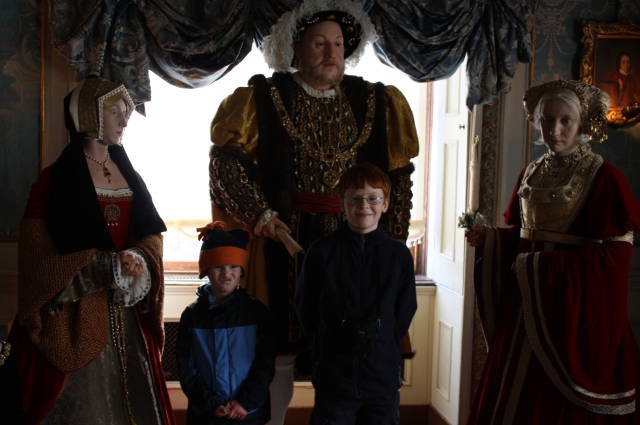 Enjoying the grounds at Warwick Castle.

Joey and Paul were very interested in the trebuchet at the castle. Unfortunately, there were no demonstrations during our visit.

To fully round out January, on the last weekend of the month we journeyed to…France!  I’ll write about that adventure on a separate entry, so stay tuned.

4 Responses to Castles and Much, Much, More!