It’s not every day that you can say you took the train across the English Channel, but over the last weekend of January, our family did just that.  We got an early morning start and drove from Dorking to Folkestone were we caught the Eurotunnel car train.  This was quite an experience.  We drove our car into the train in England, parked, rode the train for 35 minutes, and then drove off the train in Calais, France!

Lining up to drive onto the train. 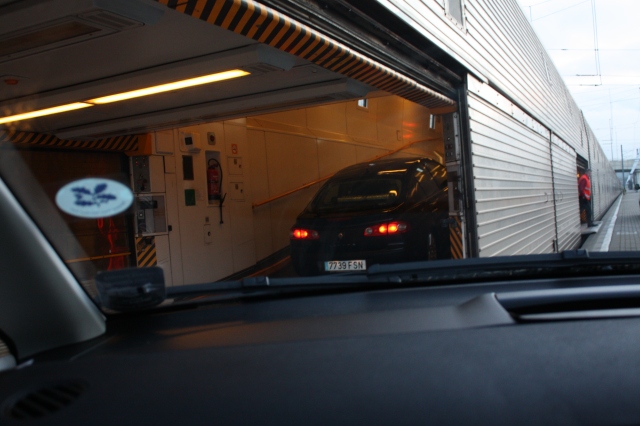 We were on the second level of the train.

Ready to ride to France. 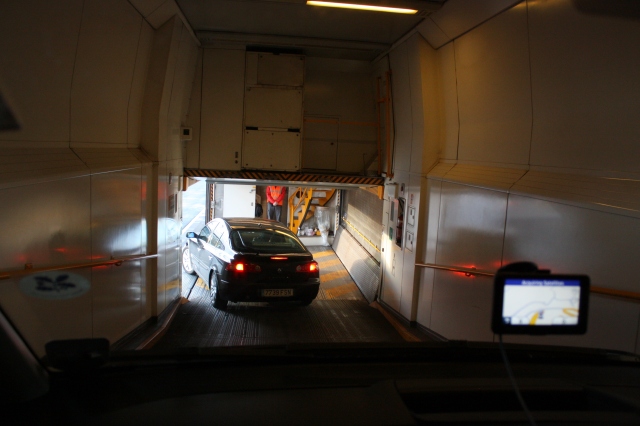 From Calais, we took a short drive to the coastal town of Boulogne-sur-Mer.  While lovely, it was clear that January is not the ideal time to visit – it’s definitely more of a summer tourist spot.  Nonetheless, we had a nice time exploring the town.

We found a open air market where we purchased some snacks.

Paul really wanted to purchase some French cheese (“stinky” cheese as we lovingly have dubbed it), so we stopped at Phillippe Olivier, a well-known cheese maker.  Sam wouldn’t go inside the shop because of the “fragrance” of all the cheeses!

We found a great place to stay (Apart’hotel Le Canville) that had plenty of room for us to spread out and relax after our days of adventure.  They even had an indoor pool (which was actually kind of cold, but the boys were undaunted).

We had a kitchen and dining area, so we could eat "at home" for some meals.

On our second day Daddy wasn't up for a dip in the cold pool, so these silly guys had a "swim" in the tub instead.

The highlight of this trip was definitely our visit to the aquarium Nausicaa.  This is an exceptionally well-done attraction and we were so glad to have seen it.   The boys particularly loved seeing sea lions up close and feeling the rays in the touch tank. 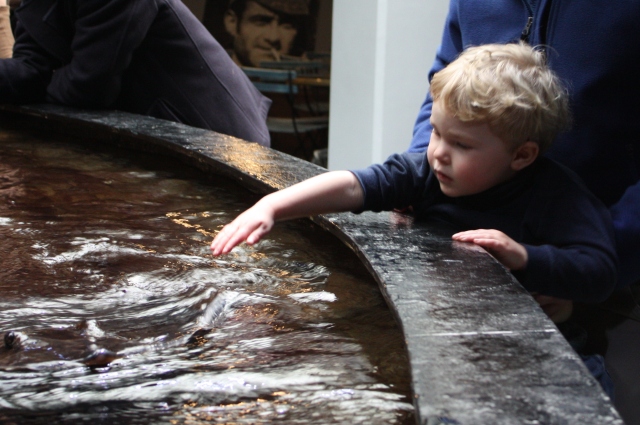 Nausicaa is right on the beach.  We enjoyed watching the waves, walking on the sand, and playing at the playground.  Unfortunately, it was also terribly cold and windy, so some of us enjoyed this experience more than others! 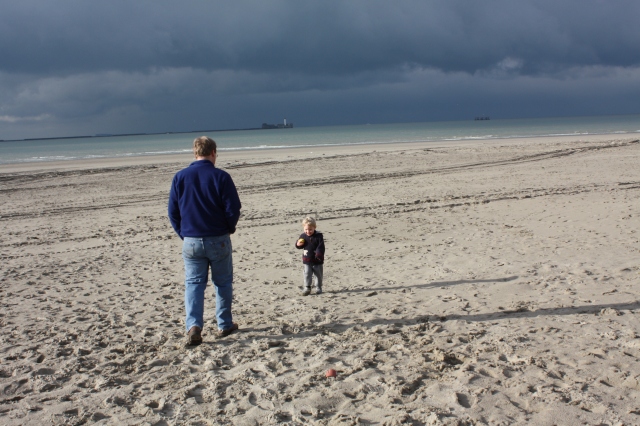 We explored a little of the coastline around Boulogne on our way back to the train station in Calais.  At the rocky beach in the Deux Caps area we collected some seashells for souvenirs. 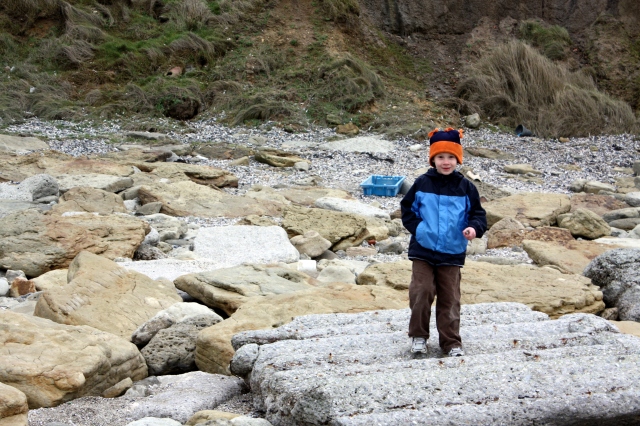 It was a great trip and we are hoping to head to the continent again at some point during our time living in England.

10 Responses to Train to France