I’m finally getting around to sifting through the mountain of photos we took during our fantastic week in Paris. There are a lot, so I’m going to post in parts. Here’s the first installment…

For this journey to France, we decided to try the ferry from Dover to Calais. While I suppose it was nice to be able to move about during the trip, we all felt that the channel tunnel was probably the more efficient way to get across to France. We were glad we gave the ferry a go, but we probably wouldn’t do it again! 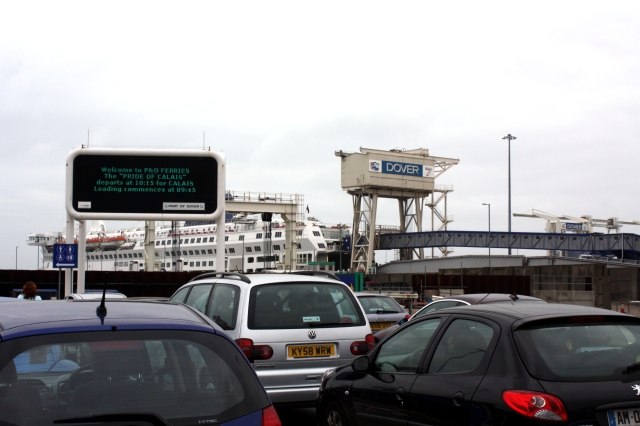 From Calais, we had about a three hour drive into Paris.  It was a smooth journey, but it had been a long day of traveling.  We were all glad to finally arrive at the apartment we rented in Boulogne-Billancourt which is in the 16th Arrondissement of Paris.  This was a perfect place for us – plenty of space to relax after our days in the city, convenient to metro stops, and it had toys for the boys! 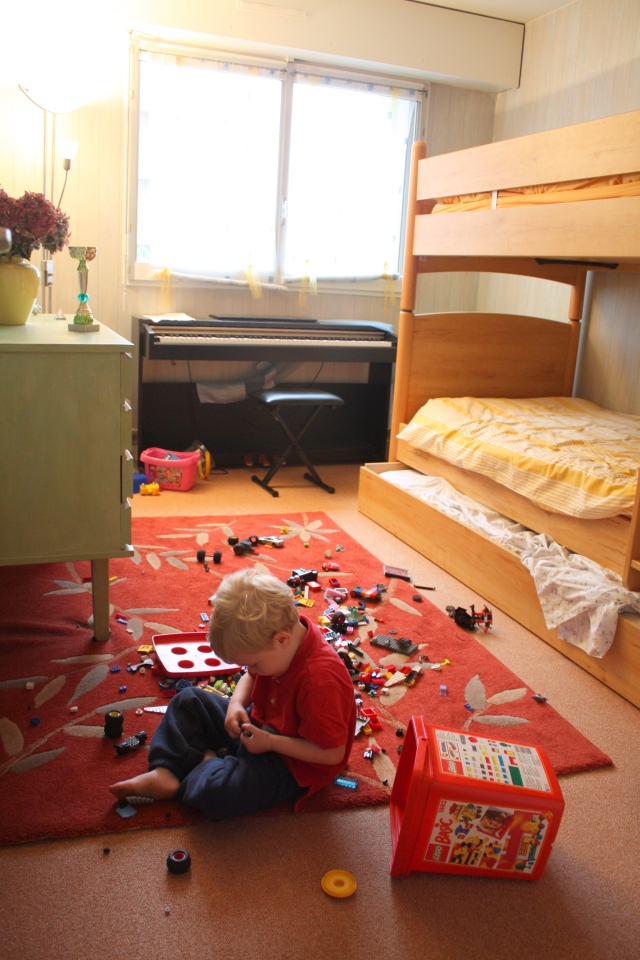 On our first full day in Paris, we set off early and walked to the Metro.  There were two stops conveniently located near our apartment. 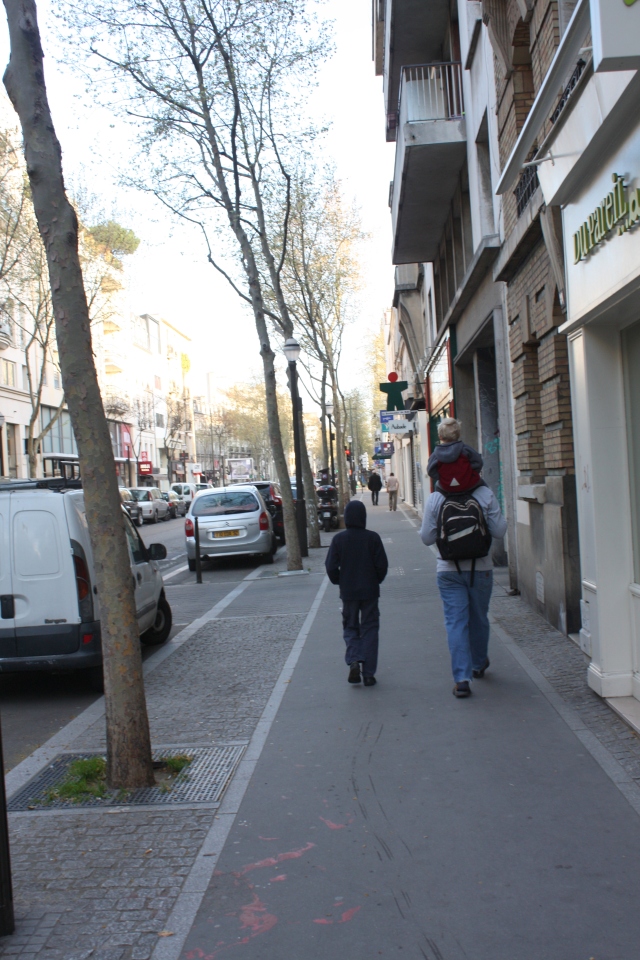 We passed these scooters for sushi delivery almost every day, but we never ordered any. 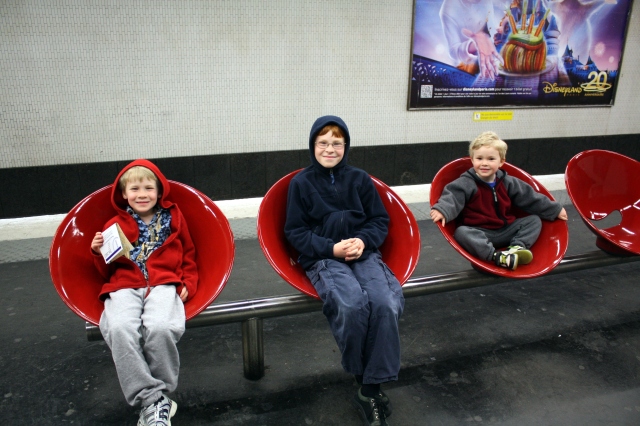 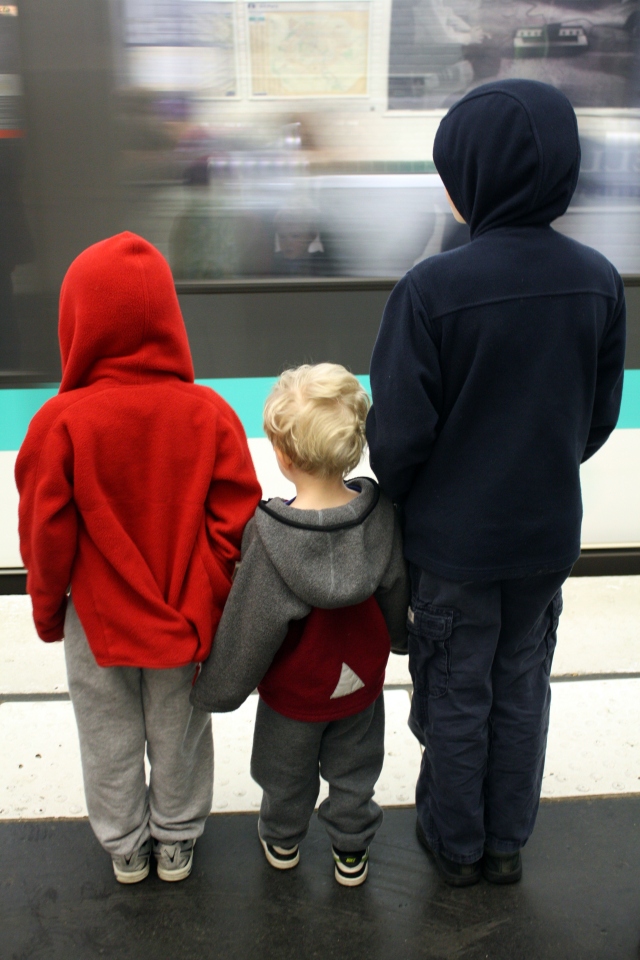 Stay behind the white line!

Our first stop was to visit the biggest flea market in Paris:  the Marche aux Puces de St. Ouen.  Joey was in the market for a telescope, Tommy was looking for an African spear, and Sammy was hoping to find a green bunny.  We didn’t end up buy anything other than snacks and some Eiffel Tower keychains, but it was fun to browse through the “stuff” ranging from high-end antiques to cheap trinkets. 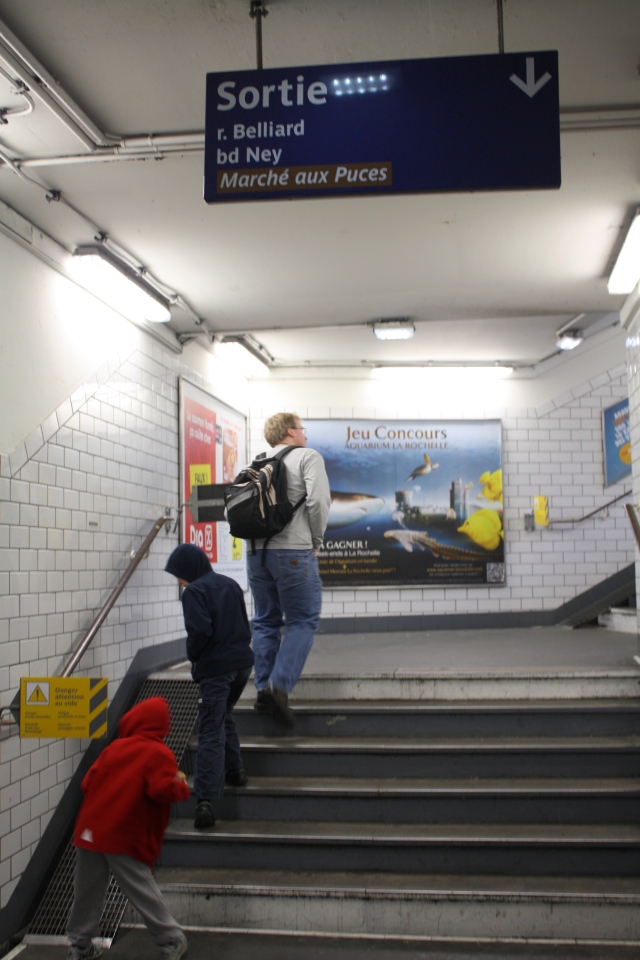 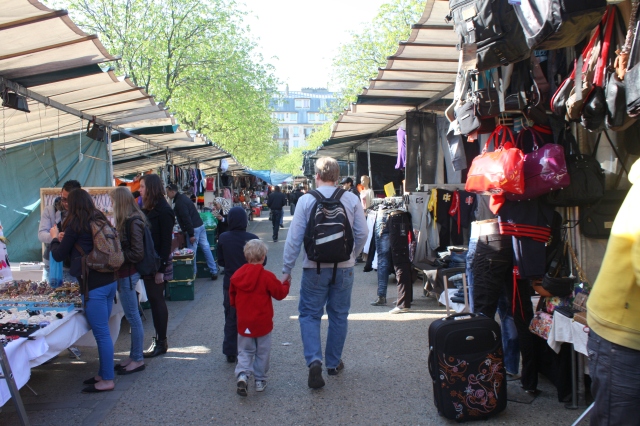 From the flea market, we wandered toward the Montmartre area of Paris.  We enjoyed seeing the Parisian architecture and soaking in the atmosphere of the city. 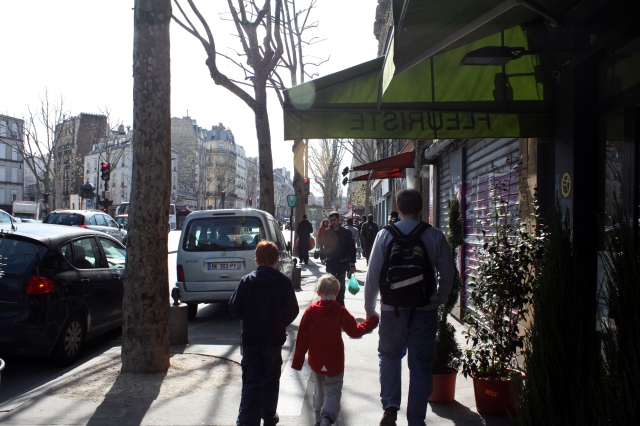 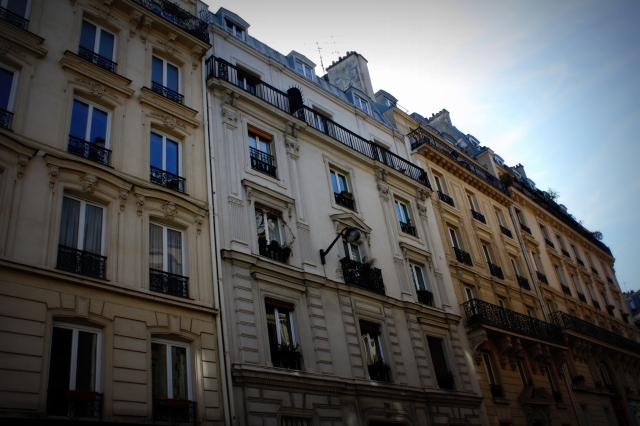 We were all impressed with Sacre-Coeur Basilica.  Sam almost missed it because he was napping, but he woke up in time to see it. 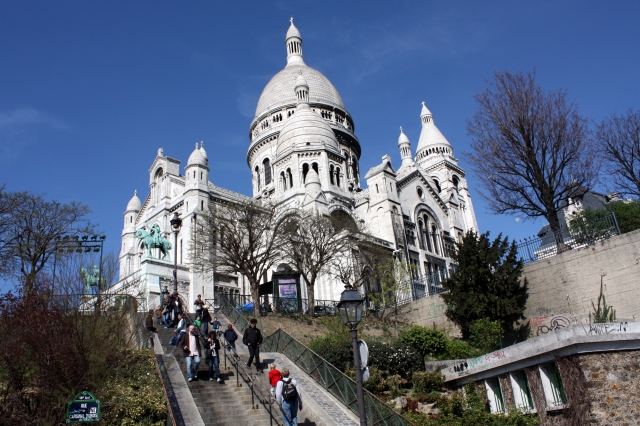 View of Paris from Sacre-Coeur. Joe and Tom were able to spot several famous Parisian landmarks off in the distance. 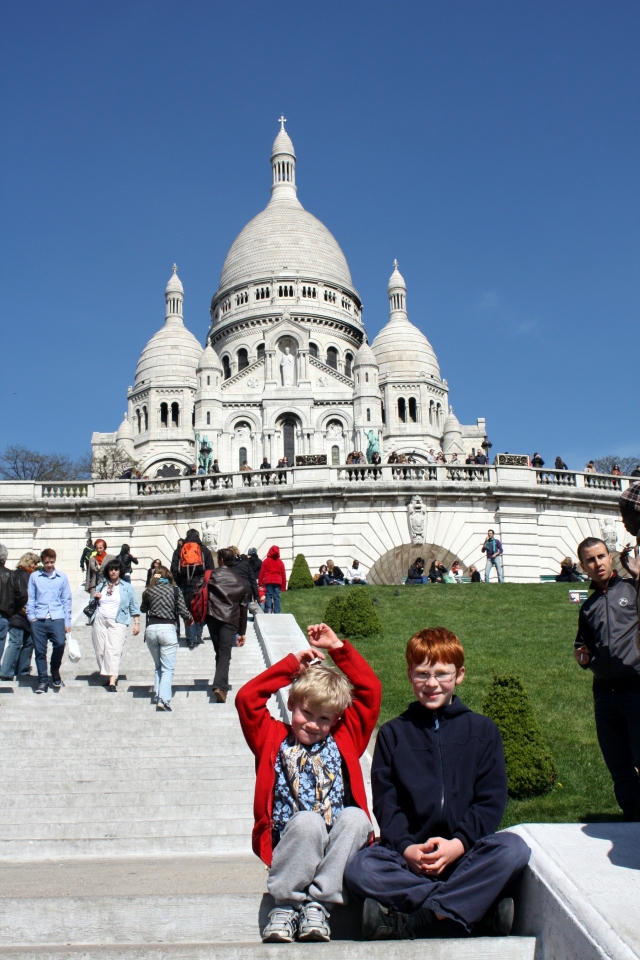 From Sacre-Coeur, we continued our exploration of the 18th Arrondissement and found ourself in the Pigalle (red-light) district were we saw the famous Moulin Rouge.  The boys were unimpressed with the nightclub, but they absolutely loved the huge air vent that was across the street.

It became our tradition during our week in Paris to pick up baguette sandwiches for lunch at local shops and eat them while sitting in a park or pretty spot.  On this day, we purchased our sandwiches for a late lunch and ate them in the little park in front of Eglise de a Sainte-Trinite.  This was a perfect location because it also had a small playground. 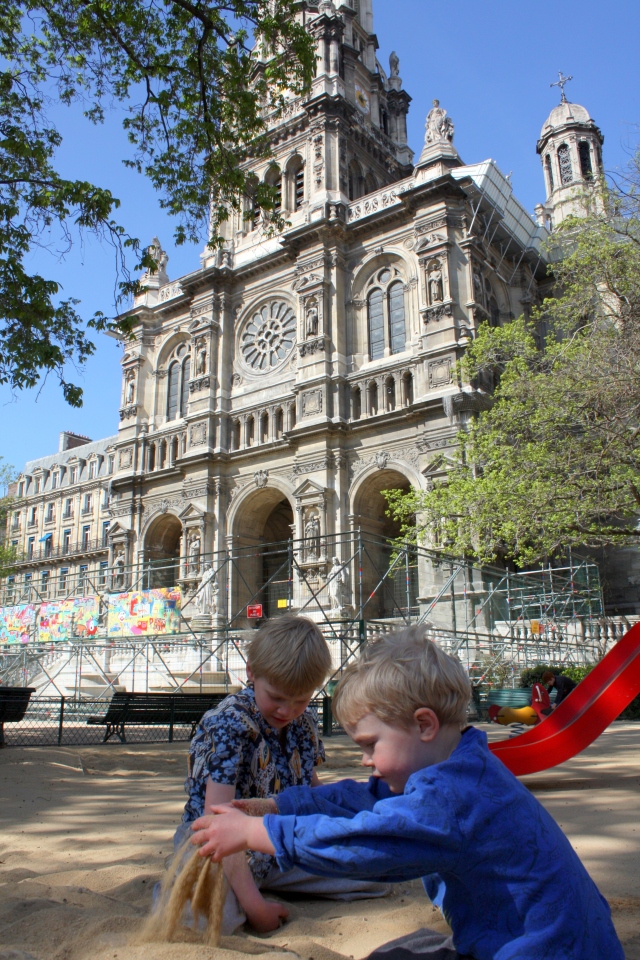 After lunch (and some playing), we decided to make our way back to the Metro and head to our apartment.  On the way, we passed the Palais Garnier (Paris Opera House).

Two tired guys on the Metro after a long day of sight-seeing.

The tired boy was revived with a bit of Nutella on toast enjoyed while sitting on the apartment balcony.

It was a successful, fun, and tiring first day in Paris.  Off to a good start!  More posts to come about the rest of the week…